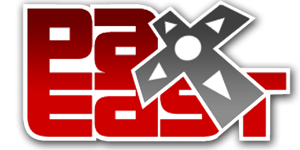 I apologize for the wait on this next entry here. As you may be able to imagine, time can get a little cramped on projects. Regardless, here we are for another post!

As mentioned before, this post will be regarding my experience at PAX East, not as an attendant but as an exhibitor. What did I experience? What can you expect if you want to exhibit? All answered and more.

END_OF_DOCUMENT_TOKEN_TO_BE_REPLACED

I’d like to start off by saying again; thank you all who had visited our booth at PAX East! It was an incredible experience to say the least, and the overwhelming reception was more than we could have expected. The feedback was excellent, and we have already started to implement some changes and new features based on it.

If you haven’t already seen, the Hamster Drop Facebook page has photos of our booth. Though, funny enough, only when things were slow. We realized after that we were so busy tending to the crowd at the booth most of the time that we didn’t even get any photos during those busy periods!

With that out of the way, I’d actually like to focus on more about what else I personally saw there that was of interest to me.

For the sake of time, and my sanity, I will limit this to the three titles that struck me the most and are either not out yet or have released very recently. That doesn’t mean there were not many other great games there! (Beans Quest for one was really neat, though has been out for a while as I understand.) END_OF_DOCUMENT_TOKEN_TO_BE_REPLACED